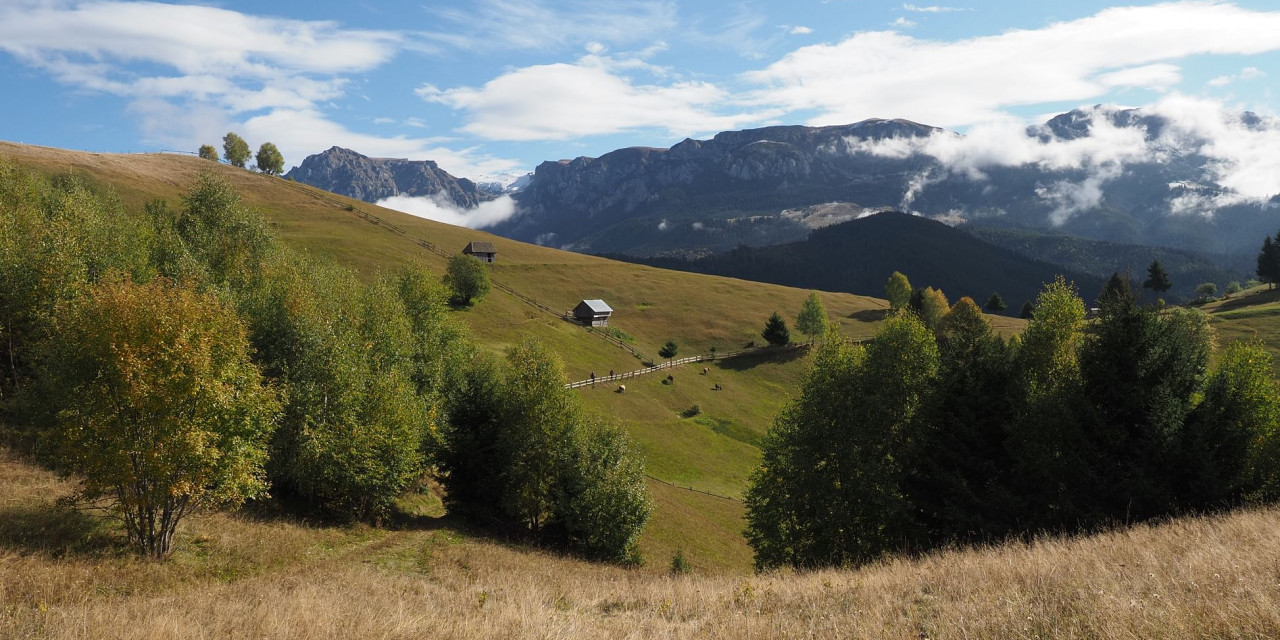 Hiking Tour In The Bucegi Mountains On Eco Routes

You wil explore one of Romania's most beautiful mountain villages, located at the foothills of the majestic Bucegi mountains, and learn about the harsh life of local villagers.

Clothing according to weather conditions

If it's sunny, sunglasses would protect your eyes

You wil explore one of Romania's most beautiful mountain villages, located at the foothills of the majestic Bucegi mountains, and learn about the harsh life of local villagers. 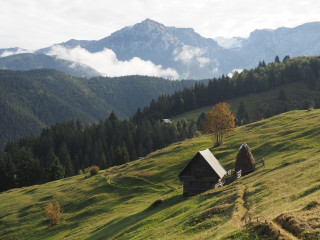 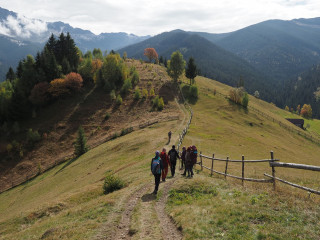 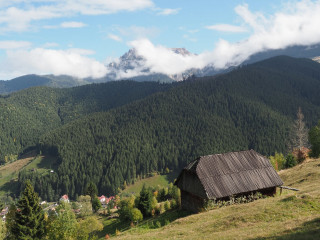 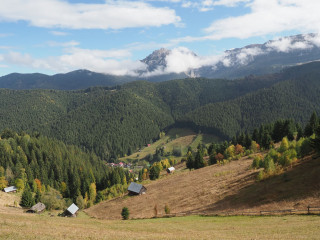 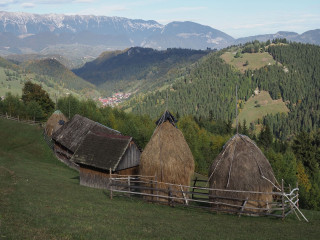 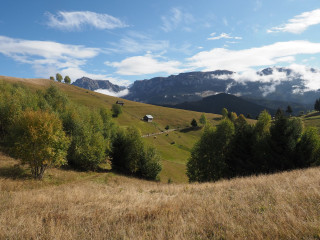 Your professional English-speaking guide will pick you up from your Brasov lodging in the morning.

We will arrive at the start of our climb, at the foothills of the Bucegi mountains, at an altitude of about 900m, after a 40-minute drive, passing by "Dracula's Castle" in Bran. After checking our gear, we'll begin with a short but strong climb to roughly 1100 meters, followed by an easy ascent to the day's highest point, around 1260 meters. We will be able to see the spectacular peaks of the Bucegi mountains, as well as the Iezer and Piatra Craiului mountains, as we look around.

We may be able to see the villagers at work, transporting hay for the cattle or scything the meadows, depending on the time of year. On the route, we'll pass by various wooden structures known as "odăi," where the locals normally keep their animals and feed them. We'll continue on the special environmental trail, going up and down until we reach the valley, where we'll have lunch at a local restaurant (own expense). After lunch, we can either continue our journey with a strong ascent to another high plateau with spectacular views of the surrounding area, or we can return to the car immediately.

You will be transferred back to Brasov and dropped off at your lodging once you arrive at the parking lot.

Clothing according to weather conditions

If it's sunny, sunglasses would protect your eyes

Reviews for this provider

This was a quite pleasing experience although it could be better and easier. the office of Neotours is not at the address given but around the corner in a completely different street. Visitors who need to contact Neotours personally will find this worrying. The bear watch itself was good. The guides cannot be faulted for the fact that the bears appeared very late when it was very dark. 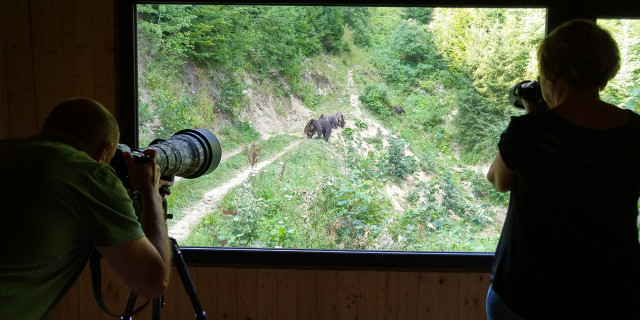 This tour provides the opportunity to see wild bears in their natural habitat! 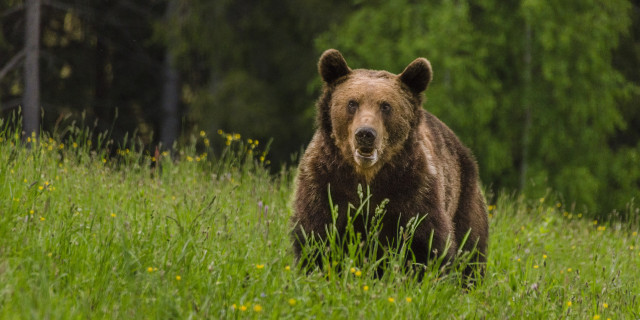 Day Trip and Bear Watching in the Land of Volcanoes

Spending the day in fascinating landscapes and observing bears in their natural habitat is simply amazing. 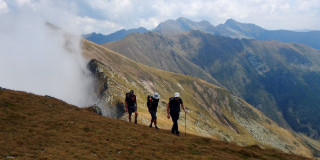 What could be better than exploring Romania's highest, biggest, and wildest mountains?

10 hours Medium
Show tour
Hiking tours and trips in Brasov
Day trips and adventures in Brasov
Walking Tour in Brasov
All activities in Brasov
Outdoor activities & experiences in Romania
OutdoorVisit is using cookies to bring you a flawless experience when booking your adventures. Privacy policy Close